The Perfect Outing for Little Boys

My daughter had just dropped off two of her boys at my house so that she could go take care of some business. Within minutes my phone rang and it was my daughter telling me that an old farm house was being demolished nearby. The boys had noticed the equipment parked at the site the day before. My grandsons love tractors so without question we loaded up for the perfect little boy outing. 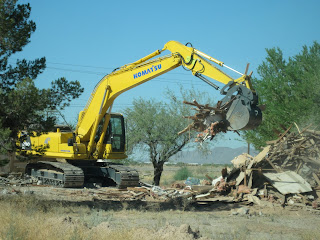 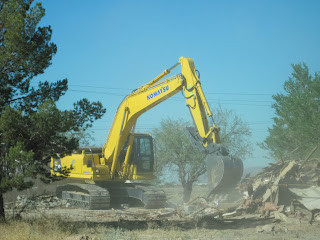 We parked a safe distance away and despite living in the deserts of Arizona in June we rolled down the windows because the boys didn't want to miss a single sound of the action. 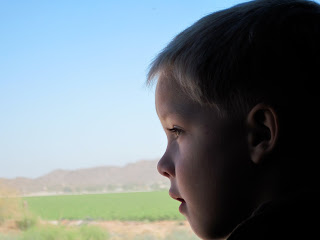 Is that a face of complete contentment or what? 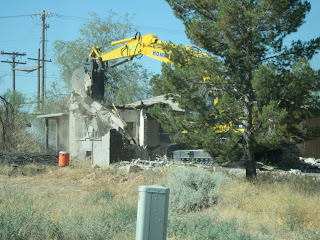 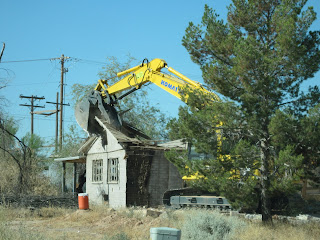 There was lot's of "Grandma look!", "Look Grandma!", "Did you see that Grandma?" as big chunks of the house were torn down. You can only imagine the excitement as the big rig crushed large pieces of concrete as it rolled over them. 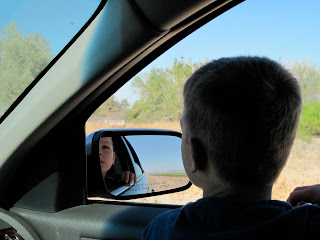 We had movie tickets and a movie to get to before the job was complete. We had watched the demolition for at least 45 minutes but it was still very hard for the boys to take their eyes off of the site as we drove away.  Be assured that the work site was not forgotten. We returned following the movie to check on the progress.
Posted by Grandma Shelley at 12:49 PM