It was actually a bit sad to have the Grandkid's Camp Out end this year. We had so much fun and the kids were so into the theme of "Grandkid's Rock!" Our camp ended with each child having a chance to walk the red carpet as a rock star. The red carpet was actually a red table cloth that I already had. Each child was presented with an award. 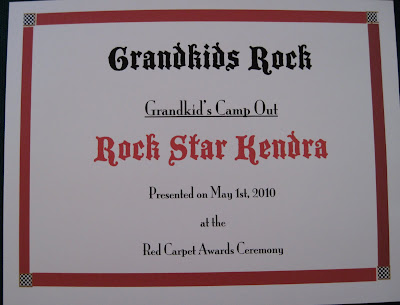 The children applauded for one another, we had the flash of the camera going off, and Papa was whistling as their biggest fan. 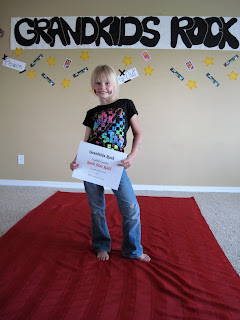 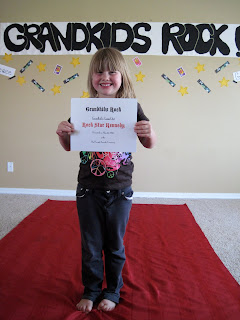 I loved seeing them supporting one another. As a parting gift each child received a bottle of bubbles in the shape of an electric guitar. (I found them in the Wal Mart party favors.)  They all went home very happy campers! 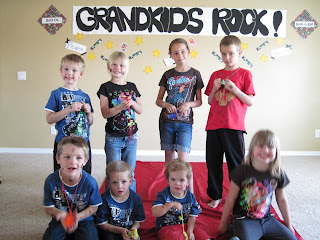 My Rock Star Campers
Grandkid's Rock!
2010
Posted by Grandma Shelley at 8:15 AM