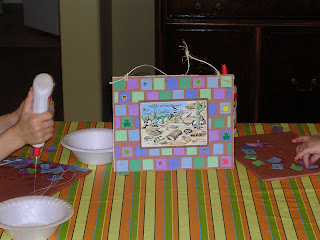 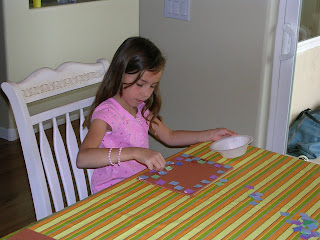 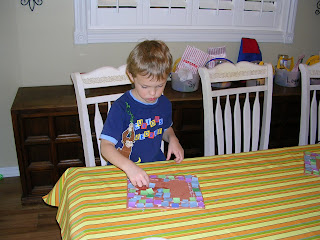 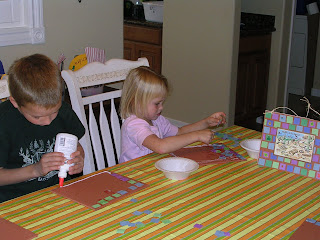 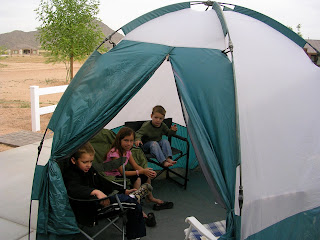 This is a craft project that we did on day two at the 2008 Grandkid's Camp Out. We first had a learning and discussion activity in the tent on the animals of the Southwest. I purchased a local calendar and postcards to get some great photo's of the animals we were talking about. The calendar and postcards included some information on the animals. I did some internet research ahead of time to learn a few more facts that would be interesting to the kids.

The follow up mosaic kid's craft was a mosaic framed post card of the animals of the Southwest.

Each child first glued the brown construction paper to the cardboard. They then made their mosiac designs using glue and the small squares of paper tiles.

We then glued the postcard in the center of the project.

After allowing time to dry. I poked wholes for them on the top two corners. A piece of twine was tied to each corner to make a hanger.
Posted by Grandma Shelley at 9:27 PM