One Dozen Cupcakes and Three Pounds of Frosting! 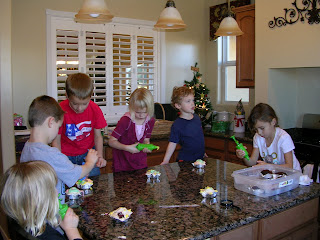 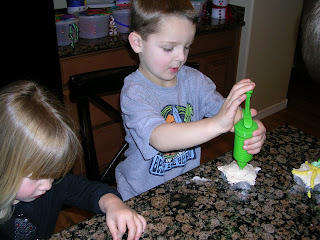 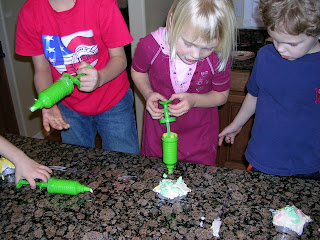 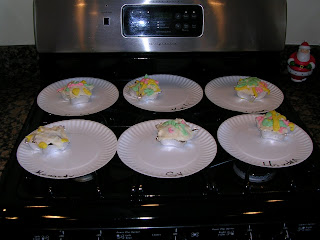 This was a finger lickin' cooking activity at our 2007 Grandkid's Christmas Day Camp. Each of the kids decorated two star shaped cupcakes. One to have after dinner and the other to take home. I baked the cupcakes and made the colorful frosting choices ahead of time. I had enough decorating tubes so that each child could have one. They shared one anothers decorating tubes to get all of the color choices on every cupcake.

They had so much fun decorating them that they used three pounds of frosting on one dozen cupcakes. The cupcakes were indeed a bit top heavy!

Tip: Cupcakes are far less fragile to frost if they are frozen.
Posted by Grandma Shelley at 8:47 PM