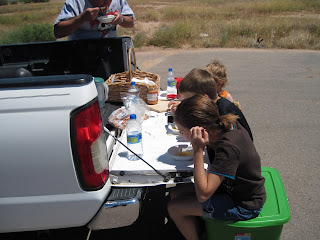 Lunch on the second day of our "Grandkids Rock"camp out was a tailgate party. The kids had never been to a tailgate party before and they were pretty ramped up to get the party going. We packed up all of the needed supplies in a big Rubbermaid tub. We took the buddy burners (canned heat) that each child had made the day before. Papa loaded up a grate from our BBQ and we took a few bricks to create an outdoor stove top.

Every camper was responsible for filling their own water bottle (during the camp out we keep a filled  water cooler on hand for easy water bottle refills) and each child was given an assignment to help load the truck. I and our eight little rock star campers piled into the back of Papa's truck. Not to worry, we did not leave our rural neighborhood. We drove just two streets away to an undeveloped and traffic free area of our neighborhood. Papa drove very slow to make the ride seem longer.

The kids very proudly waved to the neighbors as we went by. I was yelling out; "Who Rocks?" They all yelled back "Grandkids do!" "Who?" "Grandkids do!".  Each time we yelled it out it got a bit louder with the kids trying to out yell one another. I could already tell that this very simple outing was going to be a highlight of the this year's camp out. 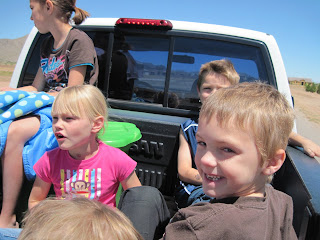 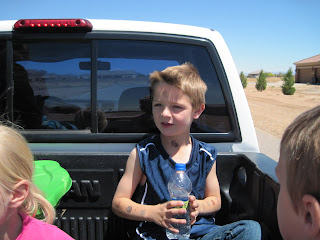 Once we arrived everyone jumped out and we worked together to set up for our tailgate party.
Each of the kids got out the buddy burner that they had made and placed it under the grate. 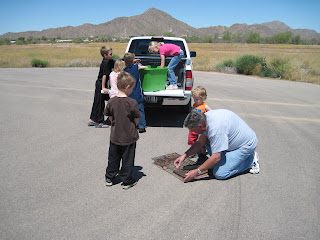 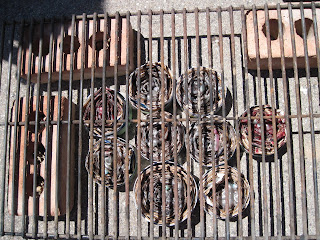 Getting to light and use the canned heat that the kids had made themselves was a very thrilling event!
Papa kept a close eye on our camp stove to keep everyone safe. 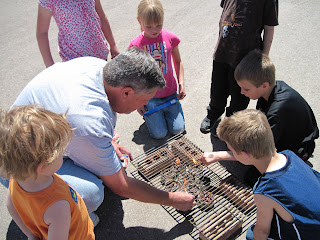 We had a kid friendly menu of chicken noodle soup and peanut butter and jelly sandwiches planned. 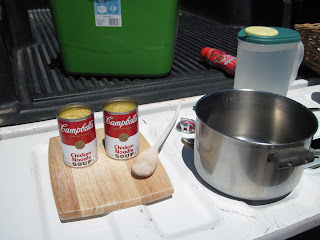 The kids helped open the six cans of soup and they added the water.
With nine buddy burners we had plenty of heat to cook our big pots of soup.
Each camper took a turn stirring the pots. 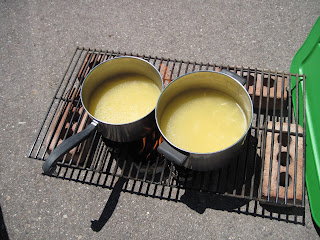 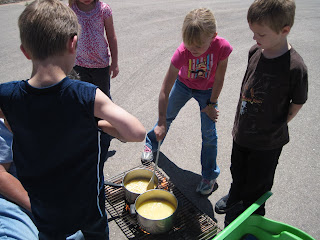 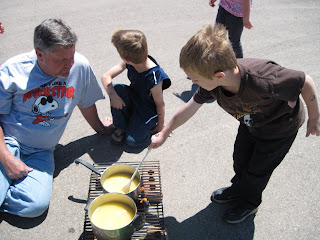 While the soup was cooking my oldest granddaughter volunteered to make the sandwiches. 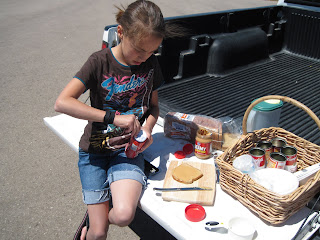 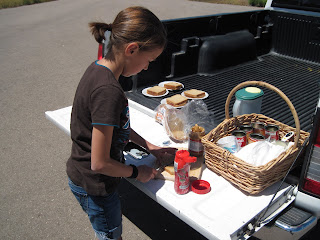 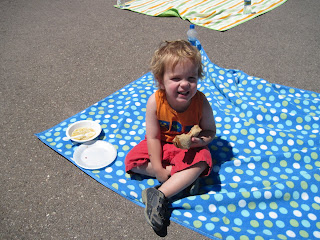 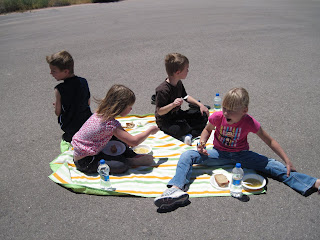 Picnic blankets were spread out smack dab in the middle of the street.
During lunch I kept hearing that it was the best lunch ever!
Just like real camping the food couldn't have tasted any better to the little campers. 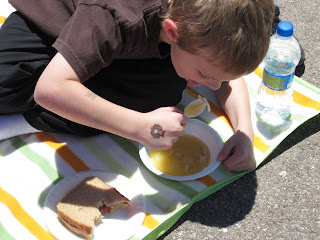 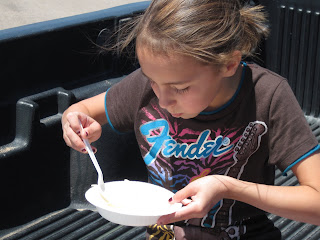 The kids had seconds and thirds of the soup and sandwiches. They ate until the bread was gone and the pot of soup was empty.

I had snuck in a pretty cool camping skill with the canned heat. The kids had learned how to make buddy burners, how to use them safely, and they saw for themselves just how well they work. 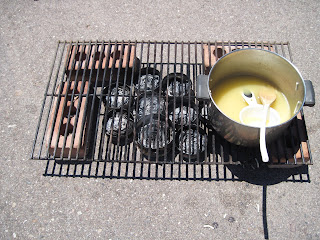 After lunch we played "a really cool" game of "freeze tag" and Papa took the kids on a long hike to explore the outer edges of our neighborhood in the desert. 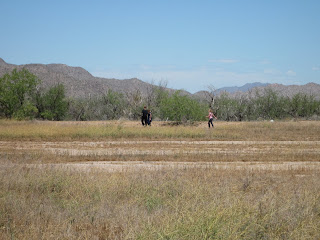 When everyone returned to the tailgate site we packed up our things. We made sure that we didn't leave any of our litter behind.
We loaded back up in the bed of the truck for the drive home. On the way home the kids had a fun surprise planned. Half of the kids shouted out "Who Rocks?" and the other half answered "Grandma does!"
Grandma Camps
are so much fun!
Posted by Grandma Shelley at 7:37 AM