As our "Grandkids Rock" Camp Out was winding down we had two more big events planned. The first was to create a Rock Star Music Video! That's right, my son is a professional videographer and he was coming over to help us film a Rock-n-Roll music video to the song I Love Rock-n- Roll.

To get ready the tattoo parlor was re-opened and a big box of dress up was set out for the kids to dig through to create their own rock star look. 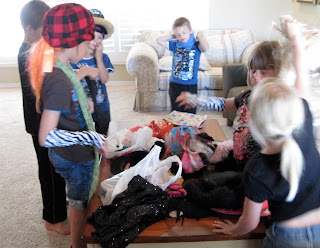 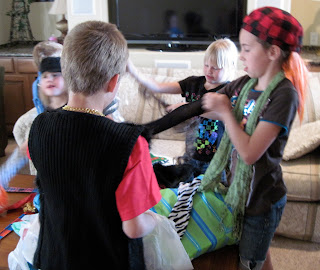 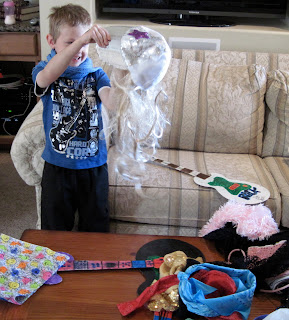 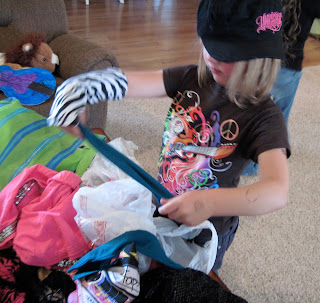 We provided a mirror so that they could see their new rock star look. 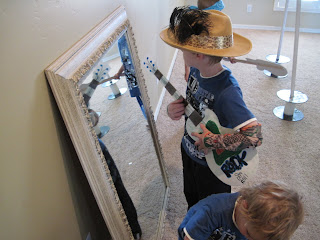 They came up with some really fun combinations. 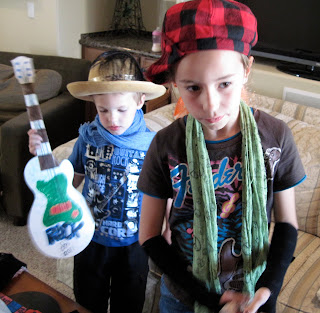 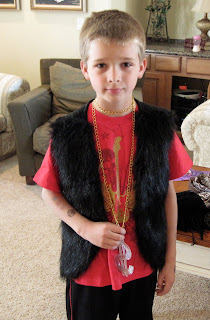 Others made several costume changes before getting the right look! 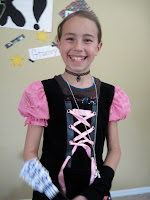 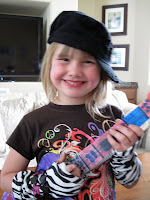 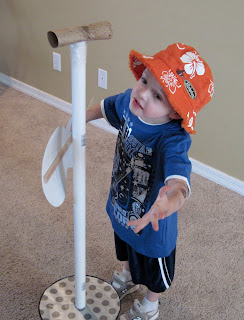 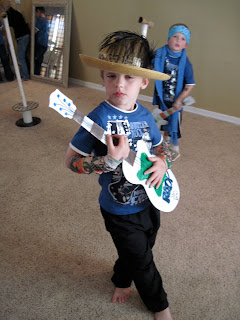 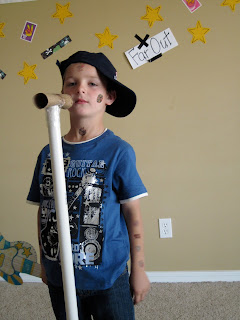 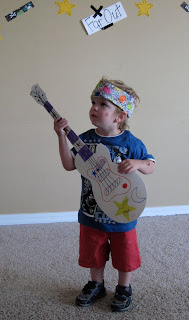 The rock star pictured below was far more interested in the do-it-yourself tattoo's than the wardrobe selections! She came to church the next day with a peace sign still tattooed smack dab in the middle of her pretty little forehead. She was bright red from trying to scrub it off but for some reason it wouldn't budge! She was more than happy to show off her tattoo at church.

I'm so glad I got the parents permission before doing the
"temporary" tattoos!
Posted by Grandma Shelley at 7:41 PM

Email ThisBlogThis!Share to TwitterShare to FacebookShare to Pinterest
Labels: activities for grandchildren, grandkids camp out