A science lab birthday party, invention boxes, science experiments demonstrated by two brothers at a recent talent show, a visit to the planetarium, hiking through volcanic rock, a trip to the ocean, a trip to the museum of natural history, panning for gold, chasing dust devils, very active participation in the habits, defenses, and other interesting facts during a wildlife zoo workshop.

These activities and more describe the hands on interests and outings of several of my ten grandchildren within the last six months. I was very surprised to learn all of the facts that six of my grandchildren already knew during the wildlife workshop. They answered many of the questions and absorbed the new information and facts like thirsty little sponges. 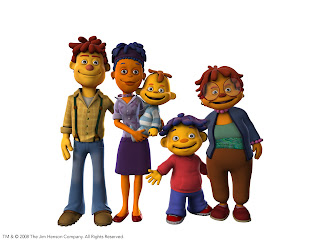 Sid the Science Kid, a PBS children's television show is a loved program of my grandchildren and another place where the thirsty little sponges can suck up many fun facts about the world in which they live. Each episode begins with a new question by Sid the Science Kid. It is a great show for children and adults to watch, learn, and discuss together.

The program, is an emmy-nominated curriculum based series from the Jim Henson company. PBS is celebrating National Grandparents day which is on September 12th this year with a week of episodes starring Sid the Science Kid and his very own grandma. How fun is that?  The episodes will air on September 7th through the 10th.

I look forward to watching Sid and his grandma as they embark on their fun filled days of finding the answers to Sid's questions together with my own grandchildren.

As just one of the more than 56 million grandparents in the U.S. I would like to thank PBS for all they do to help enrich and teach my grandchildren through Sid the Science Kid and all of the other quality children's programming they provide.