It's Our Party and We'll Cry if we Want to!

We, meaning six of our school age grandkids and Papa and I were in our 21st hour of our annual Grandkid's Back to School Party when it was time to leave the resort that we had just surprised the kids with the afternoon before.
It was very sad to pull the kids from their water activities and to have to tell them that it was time to go because they were all still having SO much fun as were Papa and I.
We had asked for an extended check out time and the resort gave us an extra hour with the warning that if we went even a minute over that we would be charged another night for our two suites.
We squeezed every minute of pool time in that we thought we could before heading back to the rooms. Time was short and it took everyone's help to get us out the door on time. It was much more like an evacuation with the bags and gear being tossed just outside the door!
As we took our last elevator ride together, loaded the car with our things, issued water bottles, and got everyone buckled in  my eyes filled with tears. We had just shared an amazing time together with six of our grandchildren and I did not want it to end. 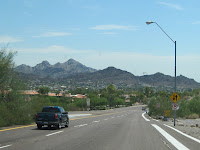 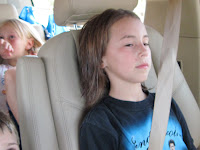 As I looked back at their sunkissed faces in the car it was evident that despite having so much fun to the very end that they were probably worn out and with that moods and behavior could be a changin' at any time. So, perhaps our timing was just right.
We had a stop planned for lunch at Taco Bell. I learned just how many different ways a taco could be special ordered when I asked the six kids what they wanted for lunch. Papa said I could not remember all of the orders in my head but I really thought I had it when I made the order. The soft drink fountain turned into a frenzy of activity when they all got their drink cups. 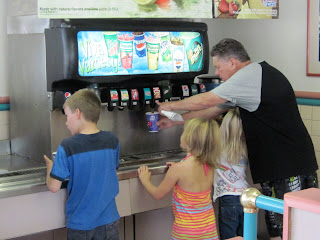 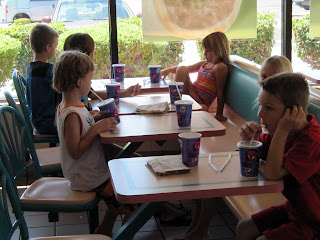 Lucky for me I did get all of the special orders correct and I was able to remember who got all 23 items when I passed them out. We grandmas still have those mama skills! 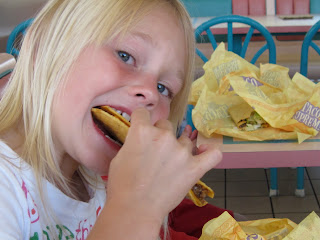 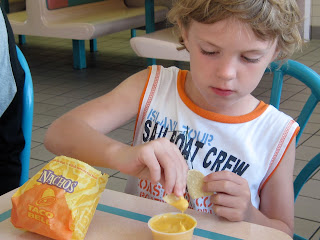 Our grandson who is always busy inventing things was doing just that.
His resources were drinking straws. 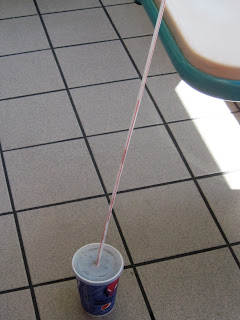 Any ideas on where this is going? 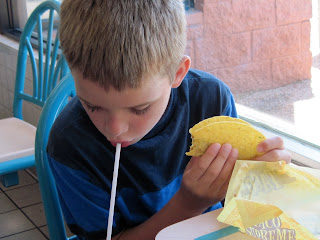 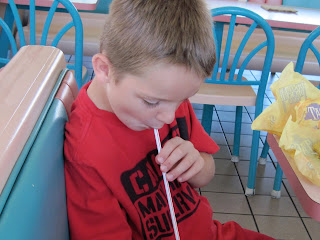 Every one of the cousins were good eaters and
they ate everything that they had ordered.
We loaded back up for our final trek home. 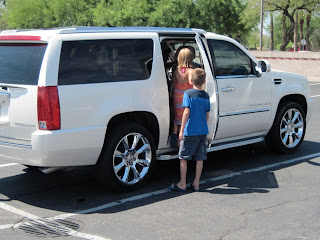 We had about a forty minute drive ahead of us.
A movie in the dvd player kept the kids
entertained and quiet on our drive.
The "cousin bus" dropped each of the kids off at home.
The reviews that all of the parents got from
the kids were very nice to hear.
Papa and I  have to agree with the kids;
"This years Back to School Party
was the best ever!"
And the 2010 back to schoolers?
Well.....
They are the BEST ever too! 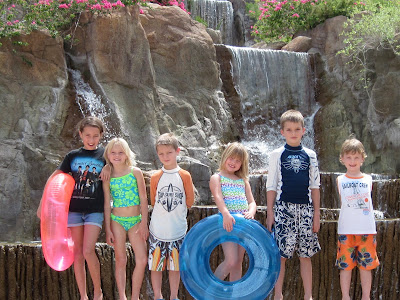 Have you ever had a time when you were having such a great time that you were not ready for it to end?
Posted by Grandma Shelley at 1:19 PM