A paper airplane activity and flying competition was a really fun activity for all ages on a recent overnight family outing in the mountains. Just after our pancake breakfast everyone was given a choice of a brightly colored piece of paper, a shared idea book on folding techniques, and some markers to decorate the aircraft. 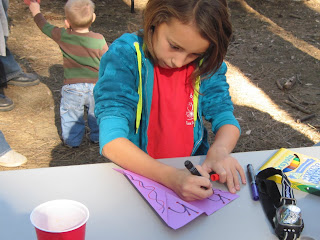 Papa was a popular helper among the grands! 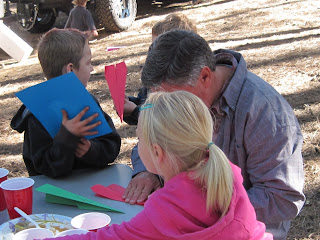 When the airplanes were done being folded
there was lots of test flights going on. 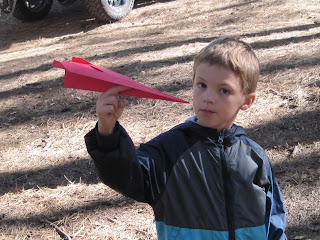 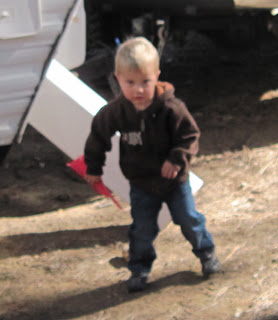 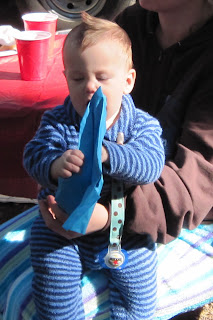 We had two divisions in the flying competition.
Kids & Adults 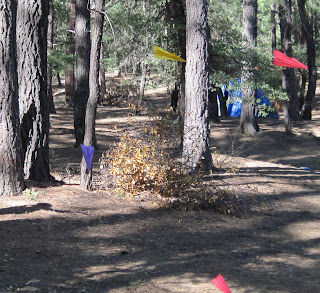 The airplanes soared through the pines.
My second granddaughter won the kids division.
She was the one sitting next to her Papa
during the folding of the airplanes.
Then it was the adults turn.
All of the kids lined up to cheer them on.
We then had a race between the
winning child and the winning adult.
The adult won the entire
competition with this entry. 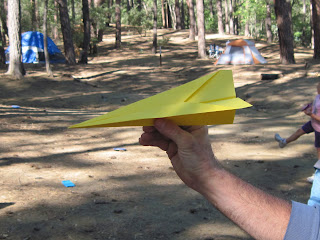 What was his secret weapon?
Pancake syrup!
He had glued the nose of the aircraft tightly and stiffly together using
the leftover syrup on his breakfast plate.
Movie Theatre boxes of candy were awarded as the prizes.
A paper airplane activity and race could be done one on one or with any size of group.
The internet has many websites that show how to fold all kinds of paper aircrafts.
You could fold and decorate a variety of airplanes to see which ones will:
fly the greatest length
fly the highest
stay in the air the longest
spirals the best
and more!
And, don't forget the maple syrup trick!
Posted by Grandma Shelley at 7:59 AM