The Candy Cane Cafe was a Christmas Eve surprise for my grandchildren this year. The idea was to serve two purposes and it was a huge success!

The first purpose was to do something really fun for the kids and the second was to give the ten kids something to do on the other end of the house to allow some quiet adult time after dinner.

When the kids arrived they found the playroom door locked, a lace curtain added to create a special entry, and a sign on the door. (My single daughter who was home for Christmas caught my vision of the Candy Cane Cafe and helped me pull it together.) 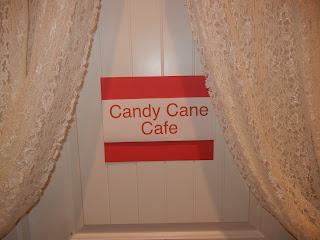 "What is the Candy Cane Cafe?"
Every one of the kids asked!
I told them they were going to have to wait and see! 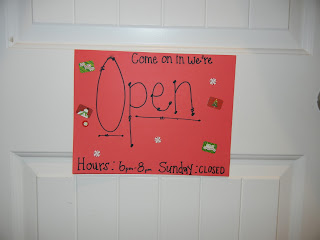 The cafe was going to open just about the time
we would be finishing up our prime rib dinner.
The kids were all watching the clock. 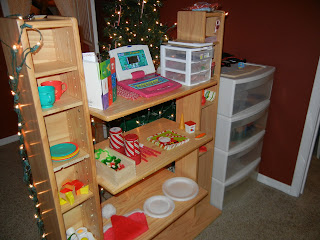 This WAS NOT a pre-planned activity.
I came up with the idea on Christmas Eve morning.
So, I pulled from what
I had to create the cafe.
Above is where the customers would come to be
seated and to pay their bills. 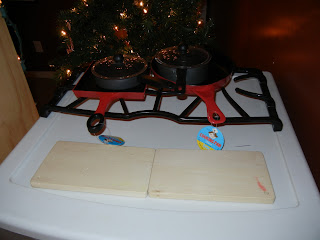 A grid from the top of my stove
created a stove top on the top
of some stacked plastic drawers that were
filled with cafe supplies. 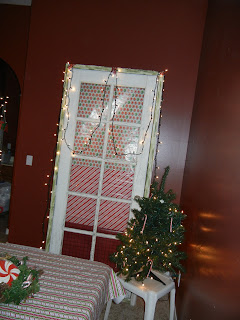 Everything was decked out in lights
candy canes, and candy cane prints! 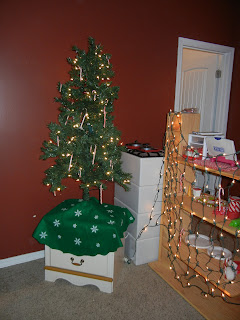 This is where the hostess greeted the customers.
The walk in closet served as the back kitchen. 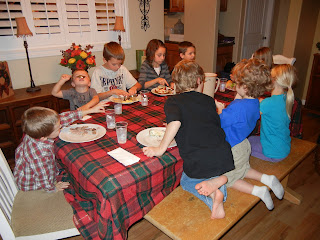 When all of the kids were done eating
it was time to open the cafe.
I took them back and showed them around.
They were all pretty darn impressed and excited!
In no time the two oldest grands
were managing their crew. 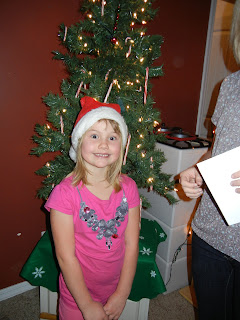 They took turns being the hostess/greeter. 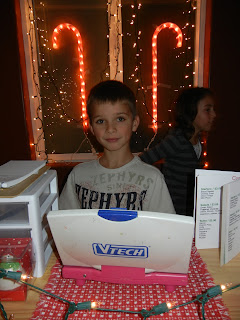 Being the cashier was a favorite job. 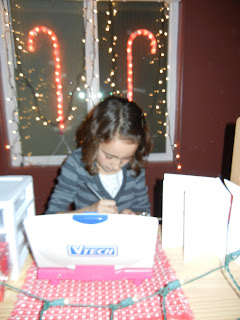 The kids took turns being customers and even
some of the adults made reservations to dine! 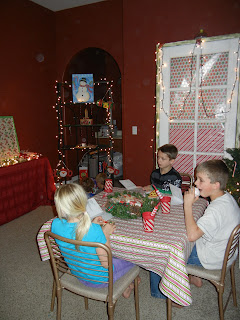 I had made four menus using matching
Christmas cards for the outside and printed
the Candy Cane Cafe menu on the inside.
I listed all of the foods that could
be ordered using the play food I have.
Each category had an even dollar price
for easy addition. 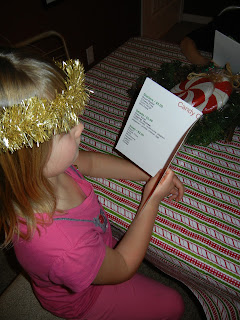 The menus had starters, salads,
dinners, sides, drinks, and desserts. 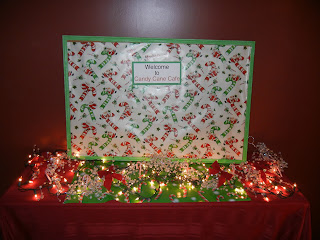 I had also created a custom ordering pad,
covered a bulletin board in candy cane wrapping paper,
and created a Candy Cane Cafe
dry erase board for specials throughout the night.
I supplied Christmas cups,
napkins, plates, and lots of candy canes.
The kids had a blast playing in the
Candy Cane Cafe.
If you think the little ones in your life would like
to play cafe.... create the space using what you have
on hand and name your cafe accordingly.
My decor was pretty tacky and they were
absolutely thrilled with it!
Posted by Grandma Shelley at 10:51 PM