Here at Grandma's Little Pearls you hear a lot about my grandchildren. You don't hear too much about those who made me a grandma. My husband and I raised four children three of which are the parents to our ten grandchildren.  I have amazing adult children by the way!

While raising our family we took many road trip vacations. I had some traveling traditions that just might be exclusive to our family. Some were really fun, some have earned me some teasing, and some have even been followed by the next generation.

A family wedding in Utah recently prompted the idea of a family road trip. The original plan was three generations that included my husband and I, our four adult children, and my husband's mother. We were all going to ride up together. It would take us twelve hours to get there.

My super, amazing, and supportive in-law kids (who also played a very important role in making me a grandma) were all very gracious and supportive of the idea. Our trip was four days long and it was going to be leaving 10 children home with working parents.

My husband reserved two hotel rooms. The parents worked out the plans for the kids. As the weeks of planning went on and the reality of a twelve hour drive set in  my mother in law opted out of the road trip idea. One of my daughters decided to accompany her grandma and fly to Utah. Although disappointed that our plans were crumbling a bit I knew that we were going to have hours of fun together once we all arrived to our destination.

On the day before we were leaving we lost one more road trip attendee. My youngest daughter decided not to go. She lives three hours north of us and we were going to pick her up on our way. A big disappointment but the trip must go on!

Very early on a Thursday morning we headed out. Utah or Bust was our motto. My oldest two children who were in the car shared memories of their family trips as children. My son remembers the Thermos jug of ice water that would always sit on the floor between my feet and the stack of plastic cups with each person's name printed on them. He now say's he does the same thing to his wife yet they will go the whole trip and no one will need a drink.

My daughter has told me that when they leave on road trips she always tells her husband that she doesn't have enough stuff. He asks her what more does she need. She just says that she doesn't know but my mom always had tons of stuff.

On the way my daughter asked about the "gifts". Which I had hoped to do just for old time sake but I didn't have the time to make it happen. When the kids were young I would wrap up small gifts for the trip.  They were usually activities they could do in the car or special snacks. They would be under my feet in the front seat too! I would hand them out every hour or so.

It was fun to hear their memories of our family vacations. Not to disappoint my son....I had brought a box of donuts, plastic cups, and a cooler of milk for breakfast on the road. There was not one argument about where to stop to eat, no one was bored, no one asked how much longer, traveling with adult children is so much fun.

Once my daughter and my mother in law had arrived in Utah we were in phone contact with them throughout our drive. We all met up in the hotel by dinner time.

Our rooms were directly across the hall from one another. We had a girls room and a boys room. I did a lot of hanging out in the girls room but I slept in the boys room.

Awe, it feels good to be out of the car. 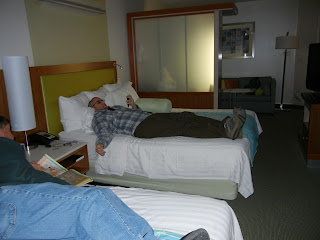 We had dinner out then our extended family, the groom, his parents (my husbands sister), and the grooms siblings all came to our hotel room for really, really fun visit.

My mother in law had both of her children, her in law kids, and seven of her eight grandchildren all under one Marriott Hotel room sitting area ceiling! We were very cramped but as happy as we could be.

The next morning we had to head out to the wedding. Everything was covered in snow and ice and every single time the hotel lobby doors would glide open and the freezing chill of the outdoors would hit us the lobby would erupt with squeals from the four girls, from the three generations, of our party. 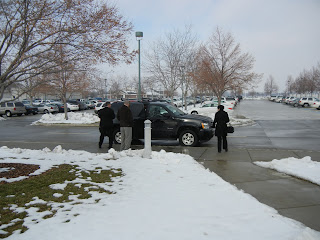 We all loaded up and headed to the wedding. 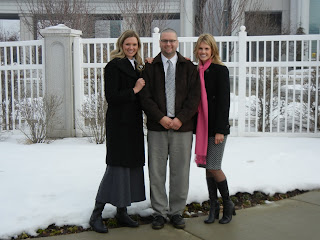 My adult kids!
My three oldest are into photography. My son is a professional videographer, it was strange  for him to be at a wedding and not be behind the camera. 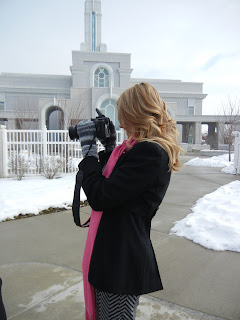 We then attended a lovely wedding day luncheon. 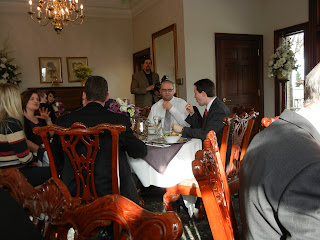 My son and his cousin who have always lived across the nation from one another are very much alike in their interests as adults. They keep in contact through the internet but they really enjoyed their in person kid-free visits. 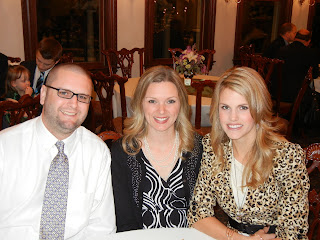 As we were leaving the luncheon we were approached by some members of the brides family. They wanted to know if my girls were country western stars!

A highlight of the trip was at the wedding reception the next evening. 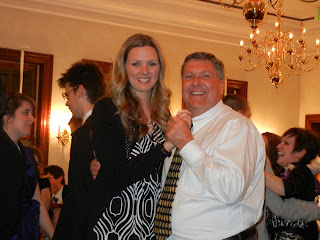 My husband is 5'11 so you can see how tall my girls are. The girls cut in on one another. 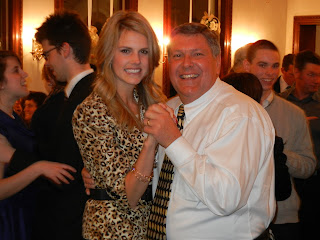 And, my mother in law did too! 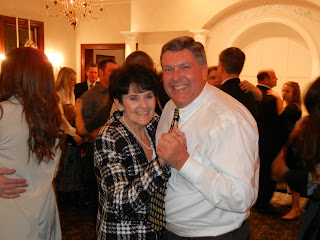 It was a lovely reception and the bride and groom were as happy as they could be.

We had enjoyed every single second of our trip and I was sad that it was ending soon.

It was a very special time as we spent time together as a family unit. Laughter was abundant, we had a few practical jokes between the two hotel rooms, and sharing breakfast each morning in the hotels breakfast room was an absolute delight to me.

Our drive home went quickly as we enjoyed one another's company.

As we were exiting the freeway near our homes after twelve hours of riding in the car my husband asked it they would turn around and make the same exact round trip again " right now" for a $1000 dollars.


I think he was very surprised by their answers
My daughter said sure!
and my son said
he would do it for free!
The only thing that could have made this trip any better
was to have our youngest daughter with us too!
Posted by Grandma Shelley at 11:20 AM