Give Me My Money Back!

Just before Thanksgiving my washing machine went out. I wasn't feeling well and my husband went shopping for a new washer for us. He purchased what appeared and what had been presented to him from the salesman as a great machine.

At first glance it looked great to me too. The tub was huge.....exactly what I wanted so that I could easily wash our bulky bedding.  It was a HE washer.


There was one big problem with the big shiny tub. 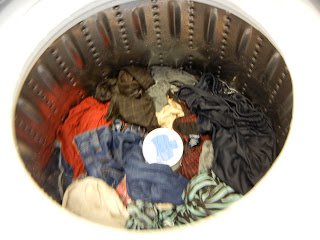 Here it is at maximum water level.
It thinks it is a front loader!
Our first complaint is how wrinkled the laundry came out. Then it ruined our blacks! They were covered in lint, patches of soap scum, and more. What really got us was when we threw in our lightly soiled
bright white king size sheets. They came out with patches of dirty water stains all over them.
I called the store and I wanted to return the machine. The first step I was told was that I had to have a service man come to my home to check the machine. So, TEN DAYS later the service man arrived.
His response to me was that washing machine engineers are not as good as they used to be. He agreed with me that this machine was not using enough water to wash or rinse my laundry properly. BUT, the machine was working as it was designed.
The report the store got was that the machine was working as it was designed. When I called about my return they told me that because the machine was working as it was designed that I would have to pay a 30% restocking fee to return the machine.
At that point I was standing there looking at a load of my fine blacks that had just come out of the washer. 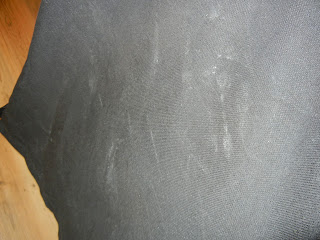 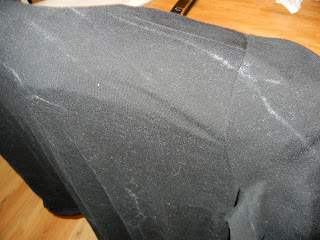 At that moment.....I went into battle!
I am now speaking to the store manager. My voice became very stern and a bit angry and I invited him over to see the same washing results that I was looking at as we spoke. He declined. I then offered sarcastically for him to bring his wife's finest black dress over and allow me to wash it for her. He declined. I then asked if I could e mail him some pictures and he declined.
He lowered his restocking fee to 25%, then 20%, then 10%. Now I was doing the declining! I told him there was no way that I was going to pay a restocking fee for a machine that does not work! I asked for his superior and he tells me there is none. I asked for the CEO of the company and he tells me that he is retired and that I would never be allowed to speak to him.
This is exactly what my insides felt like
during this phone call! 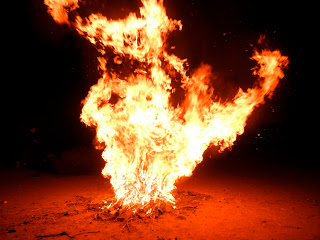 I told him that I would be contacting the BBB and he said go right ahead. So I did. And, I filed a complaint with the AZ government consumer complaints, the makers of the machine regarding the customer service from one of their distributors, and I was prepared to go to a local television station that investigates things just like this.
Despite searching long and hard I could not find the contact information for another person in the company so I sent an e mail to the company website. I was hoping someone besides the "store manager" who thinks he is the top guy would read my complaint. I outlined all of the formal complaints I had made and I also told them that "3 On Your Side" the local TV station would love to cover this story about their company and their slogan of "Your Home Town Store". I was well documented and I was NOT going to back down until I got my money back. The e mail included all of MY contact information.
Within minutes, my husbands work phone rang and it was the manager of the store. He asked if it was okay if he spoke to him regarding the issue. He started up again on a restocking fee and my husband flat out told him that I was fired up and that he was NOT going to win. He then offered store credit and my husband told him that I would NEVER purchase anything from them again. Within, just a few moments be backed completely down and told my husband to return the machine the next day for a full refund.
My husband called me as soon as he hung up and told me that I had put some fear into the store manager. I had also mentioned in my email that the "store manager" did not have the skills needed to properly manage their customer service needs. And, if he was indeed the top dog....."He is not your man!"  I was very relieved that this was going to be behind us but I was  also very disappointed that no one else in the company would learn of this situation and the matter in which it was managed.
A few weeks later I got another call from a representative from the company who had received a copy of my email and the notices from the BBB and the AZ department of consumer complaints. I was so happy to have my voice heard by another person in the company.  And this new guy..... he is close friends with the CEO of the company. He told me that he would definitely bring my customer service experience to the attention of the CEO of the company.  Sweet, sweet victory!
Posted by Grandma Shelley at 10:39 AM