Birthday Outing to the Museum of Natural History 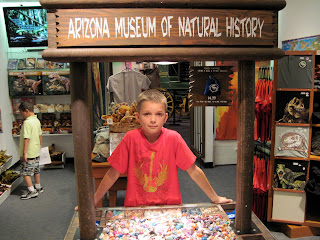 I am doing birthday outings as birthday gifts this year for my grandchildren. So far we have been to a play with my ten year old granddaughter, and on a trip to the movie theatre and out to eat at the Olive Garden with a granddaughter who turned seven. The kids get to choose their outings.
This grandson who turned nine chose a trip to the Arizona Museum of Natural History in Mesa, Arizona.
It was a full afternoon of one on one birthday time with Papa and I.
He had the entire back seat to himself on our forty-five minute drive to the museum and he took full advantage of it. 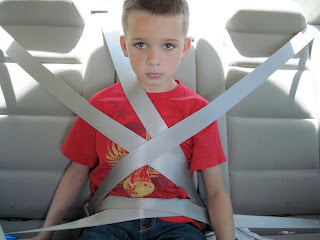 We stopped for lunch at a restaurant of HIS choice on the way to the museum! 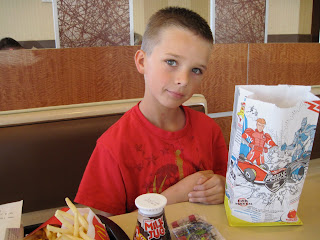 Once we arrived at the museum we were greeted with three huge dinosaurs in the lobby.
He already knew that he had made a great choice for his birthday outing! 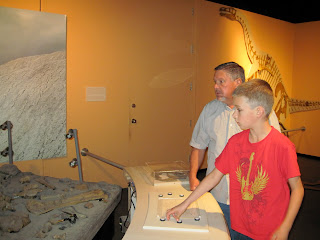 He is a very bright boy and he also has a very mechanical mind. Along with the information that was offered he also worked to figure out how all of the interactive displays functioned. 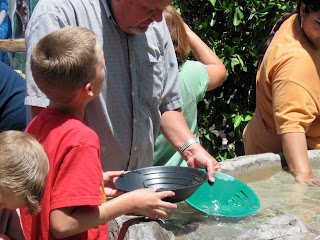 He and his Papa spent a long time panning for gold. 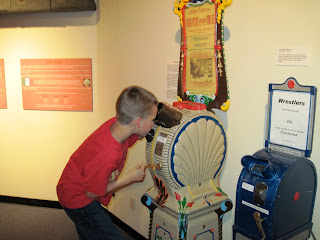 He was introduced to old fashion film making. 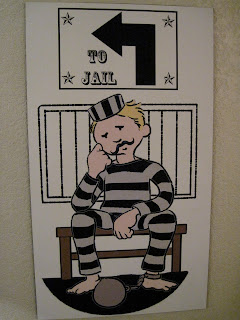 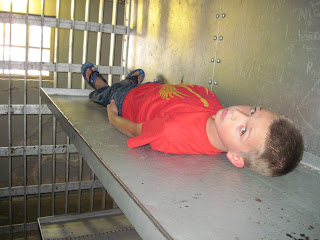 Actual jail cells were on exhibit. 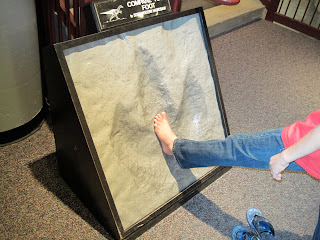 Comparing his own foot to that of a dinosaur. 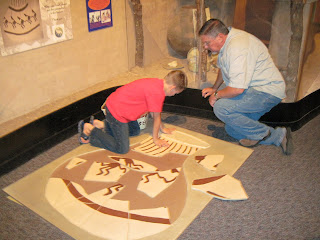 We have a lot of Indian history in Arizona. He and his Papa worked together to complete the puzzle. 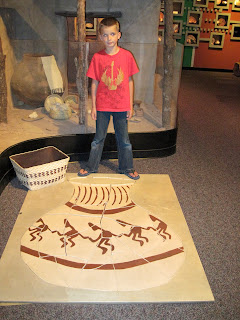 It was an awesome museum for children and Papa and I learned a lot too. They had a three story display of a flash flood that went off every hour. They also had tons of interactive displays that made learning fun. The museum has a wonderful theater with a really good and realistic film on dinosaurs. The theater was a great place to visit about half way through the museum so we could sit down and rest a bit.
Our grandson really enjoyed his visit to the museum. We had to return to several of the exhibits a second time before leaving.
We ended out visit with a trip to the gift shop. Papa and I gave him a $10 budget. He did great picking some small souvenirs  out and in using his math skills to spend every last penny in the budget! 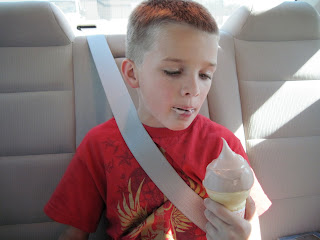 A stop for ice cream was a perfect ending to our very fun day together.
As we were walking out of the ice cream store he said:
"This has been a really fun day!"
Papa and I absolutely agreed.
What has been a favorite outing with a grandchild?
Posted by Grandma Shelley at 12:03 AM