Well here it is, my "Royal Mess" that has been strewn throughout my home over the past few weeks. It was all pulled together to create the vision I had in my mind for a Royal Gathering for 200 honored guests. I was the only one who had a clear picture of where I was going. To others it looked like a lot of unfinished projects and a whole lot of household clutter!

The posters were posted at camp as an invitation to all within the Kingdom of Campalot to attend the Royal Gathering. 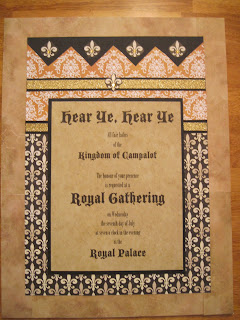 I arrived at camp with a loaded car and ready to go. Once lunch was over all of the tables and chairs were taken down and the base for my serving table decor was popped up. Three tables were pushed together to create a roughly eight by eight foot serving table.
While I and a few very helpful and willing volunteers were building and decorating I had a group of very sweet volunteers in the kitchen icing and adorning the cupcakes.
The girls gathered outside the Royal Palace doors at 7 p.m.. Each land was called and they quietly entered the room to the sound of royal trumpets playing.
Please check out the finished project! 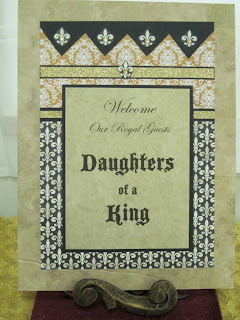 This is a photo from the loft. 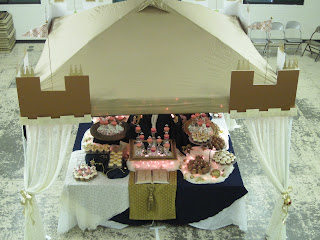 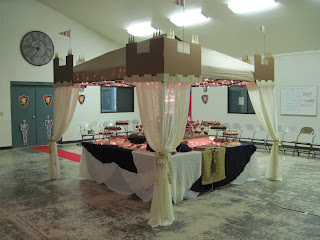 The girls signed the guest book as  Honored Guests and each noted the
Land within the Kingdom that they were visiting the Palace from. 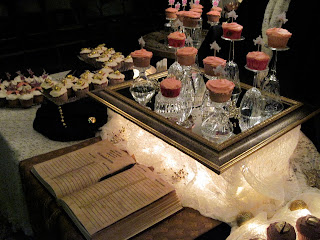 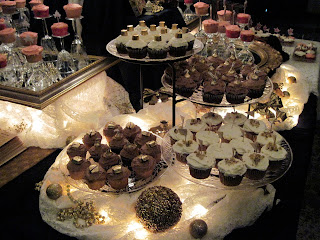 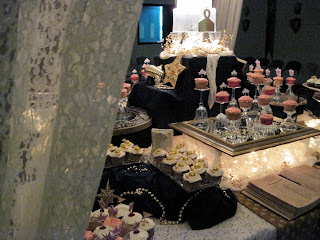 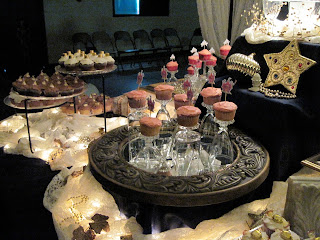 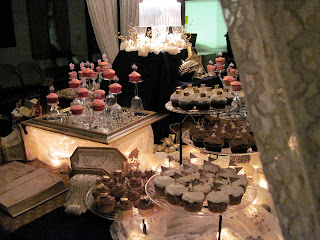 The centerpiece was pieces of cut crystal stacked up to create
a glass sculpture with a can spotlight under it.
The very top was a large gold sequined ball. Bling, Bling! 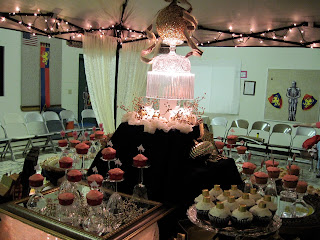 An even closer peek! 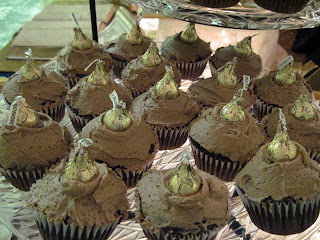 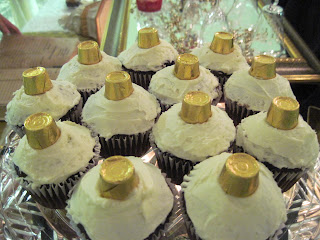 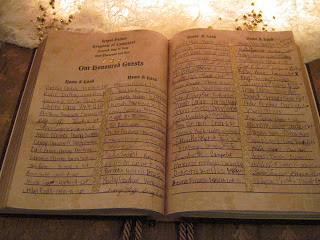 The cupcakes were very simple but they fit the theme perfectly. We adorned them with gold wrapped Kisses, Rolos, and Werthers. Other cupcakes had chopped walnuts, cherries, crown picks, castle picks, and tiny royal pennants with the camp theme printed on them.
Our entire set up was top secret so that it would be a big surprise for the girls. They loved the decor and I had many requests to cater their wedding receptions one day. I made no promises but their requests put a smile on my face. The girls had a great time taking pictures of one another standing in front of the pop-up castle!
When the gathering was coming to an end the girls were once again called up as lands and they were escorted down a lighted path to the outdoor amphitheater for a special evening program. 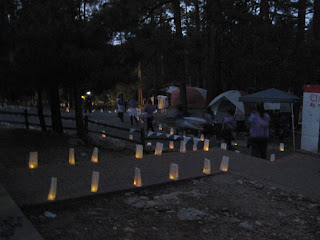 The Royal Gathering was a complete success and so much fun from the beginning of the brainstorming to the final cupcake being placed upon it's crystal pedestal!
Most importantly, the girls loved the experience! 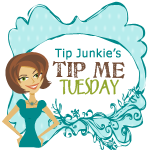 Posted by Grandma Shelley at 2:34 PM