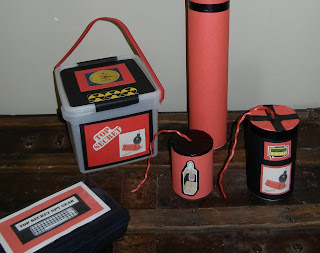 I know, I know it is a bit strange to encourage your grandchildren to
make bombs. but boy or boy did we have fun doing just that.
We first talked about ways that bombs can be used for good.
My little recruits came up with some terrific ideas.
In my defense, I was running a
Top Secret Agent Training Camp! 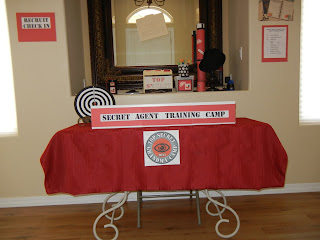 Secret agents need to know how to use bombs for good,
how to search for them, and most importantly how to defuse them.
Our bombs however were going to be used for a training mission.
The Training Mission: A Bomb Search
To have a bomb search we first needed some bombs.
Here are the supplies we used:
A variety of tin cans, toilet paper rolls, red and black
construction paper, red string, black electrical tape,
scissors, glue stick, and bomb making clip art! 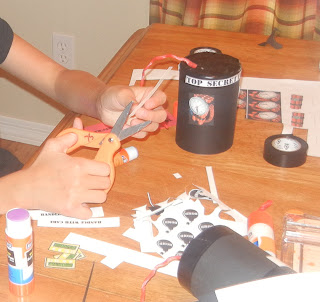 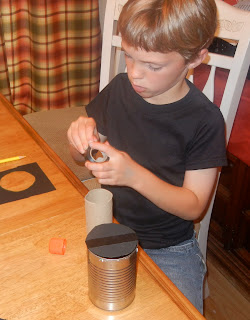 The kids were able to use the resources however they liked. 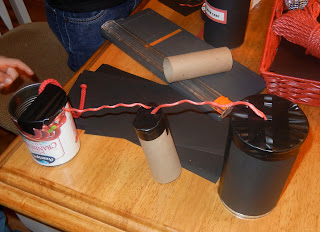 Some were pretty advanced. 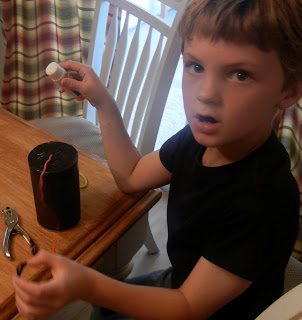 Grandma's Bomb Making Ideas
On the open end of the can stretch two pieces of electrical tape across the center of the can. Allow enough tape length to come down the sides of the can a bit.
Cut a fuse about 12" long, I used a piece of dollar store rope in red, untwisting it and only using one strand as the fuse. Stick the fuse between the two pieces of electrical tape on the can so that you have about an inch or so of fuse on the under side. Stick the fuse to the sticky side of the tape then cut another piece of electrical tape and sandwich the fuse between the underside of the top and the new piece of tape.
Now you are ready to cover the entire open end of the can with black electrical tape. Dollar store electrical tape works great. They are like five rolls for a buck! I had purchased enough so that each child had their own roll of tape.
Cut a piece of construction paper in black or red to fit the can between the two rims. Having a paper cutter on hand helps to get nice straight cuts. Allow a little extra length so that you can wrap it around the can with a bit of an overlap. Glue your first edge to the can, wrap around, overlap and glue the end in place.
Now you are ready to decorate the bomb. We used computer generated clip art such as timers, dynamite sticks, and warning signs.
To finish off the top we cut a 1" circle of black construction paper, punched a hole in the center, slid it down over the fuse and glued it to the top of the can.
With nine bomb makers we ended up with dozens of bombs. Now we were ready to have our bomb search.
Bomb Search Activity options: Like an Easter egg hunt and hide them over and over. Or, let the kids help hide the bombs, take turns letting the children choose one bomb and marking it as the "It" bomb. The kids search leaving the bombs in place unless it is the "it" bomb.  Or, use a timer and the goal is to find the bomb the "it" bomb or all of the bombs before the timer goes BOOM!
This proved to be one more way that bombs could be used for good and a for a whole lot of fun.
Posted by Grandma Shelley at 11:26 PM