A Day on the Rails Continued

A Day on the Rails Part 1 Here. 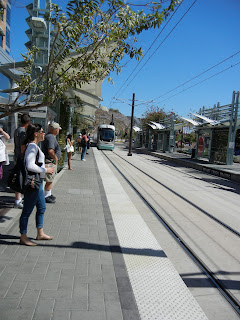 After lunch the boys were anxious to board the
train again. While Papa and I had felt very lucky that
we were all able to get seats together on the first leg
of our rail outing the boys wanted to try standing
during our second leg despite there being empty seats.
They learned that you had better be
hanging on for the departures and the stops.

The drivers don't waste anytime in their take offs
or in slowing down any bit too soon.
All of which the boys loved! 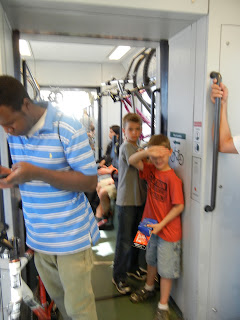 Our next stop was the 3rd St. and Washington Station. 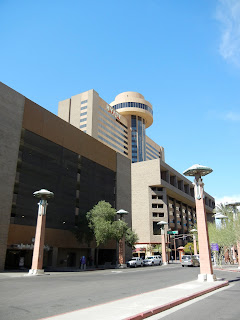 You might find printing out this light rail pocket guide
a good idea to have on hand as a handy reference
or as a free and fun souvenir for the kids to keep.

After getting off at the 3rd Street stop we headed for
the Hyatt Regency. We thought the Hyatt was a great idea for
two reasons. The first being that their mom worked there
as a young adult before she was married to their dad. The second was
that it has an elevator with windows that overlook the valley that
we knew the boys would love.

Before the boys were introduced to the elevator they spotted the
escalator. Yep, they and their Papa took a ride up and down the escalator.
The boys were smiles from ear to ear.

We then headed to the elevators. 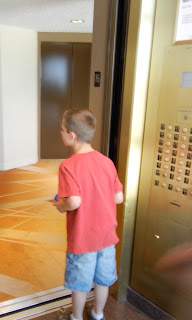 We had it all to ourselves. 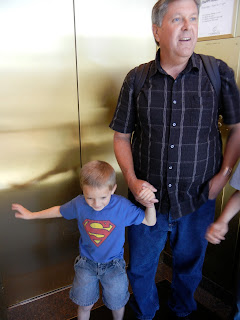 The youngest was not too sure about it.
While his two older brothers wanted to go again. 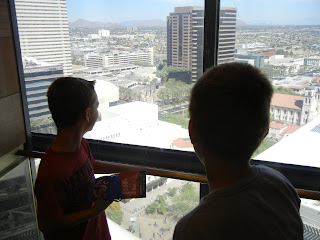 Papa got off with the youngest and I and the two
bigger boys went speeding back up to the top.

On the way back down the boys pushed
the buttons so that we would stop at every floor.
They giggled at every stop!

Our free elevator ride ended up being a real
highlight of the day!

After the elevator the boys wanted to climb the
grand stairways from the lobby.

Papa was off to climb stairs to help make this
special day quite simply
one to remember for the boys. 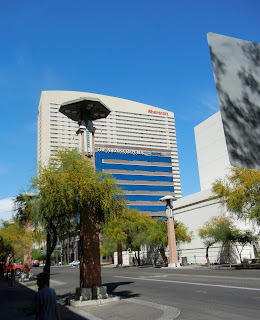 From the elevator we had spotted a local TV station
within short walking distance to the north. 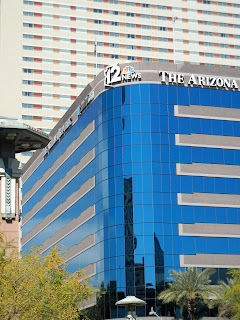 The hotel lobby was busy as was the front of the hotel.
The boys commented on the hustle and bustle of the
businessmen and women catching their cabs and shuttles.

A life that is very different from the rural community we live in. 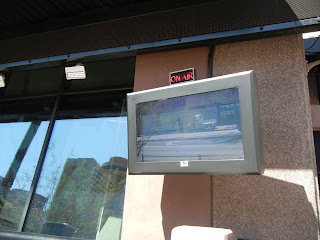 We were able to look through the windows of the
TV station which was "on air" while we were there. 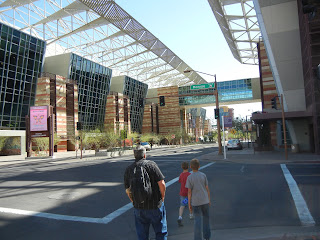 We continued our walk around the block. The boys daddy is an
engineer which was probably one of the reasons the boys actually
noticed and commented on the architecture of the buildings,
the drainage systems, and the over the street walkway.

The Herberger Theater Center is on this block too.
The outdoor grounds have many statues to enjoy. 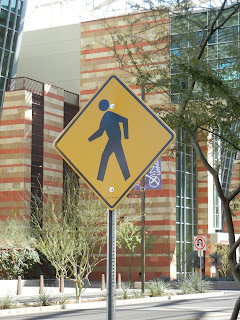 The walk around the block gave us an opportunity to
reinforce pedestrian safety with the boys. 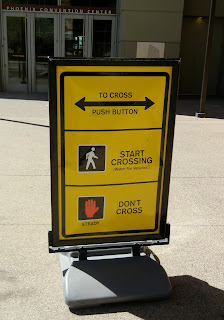 While waiting for our train to arrive Papa fielded all of the boys questions about
everything they were seeing and experiencing on this big city block. 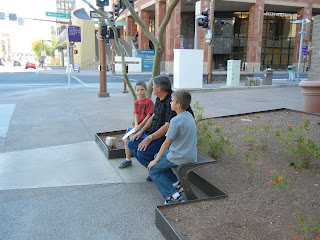 We were able to see Chase field from where we were. The roof was open that day.
It would be a short walk to go take a guided tour of it if you wanted to
add that to your outing. 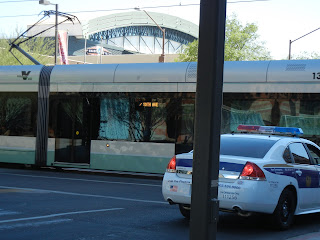 The boys were fascinated with all of the underground
parking. Checking that out is on their future wish list too! 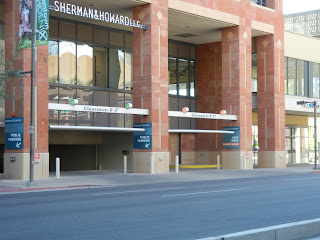 This was a great stop for the boys.
So much entertainment and learning
and absolutely no cost!

Stay tuned for our next stop.

We still have so much to do!


Posted by Grandma Shelley at 3:32 PM