Mission: To Locate a "Wanted" Fugitive

Grandma Camp 2011 Continued:
Links to past posts.
One of the decorations that helped transform grandma's house
into a Secret Agent Training Camp was a wanted poster. 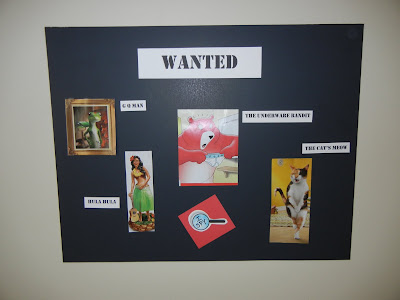 I cut four fun pictures from magazines, I gave the pretend fugitives
names, and placed them on a "Wanted" poster.
We had the G.Q. Man, Hula Hula,
The Underwear Bandit, and the Cat's Meow.
The agents were told that they needed to memorize
the faces and names of these individuals.
On day two of the camp it was time for the mission.
One of the fugitives was thought to be in the area. 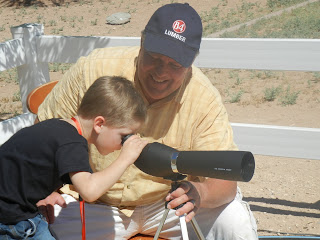 Papa had secretly taken the picture of the G.Q. Man and placed it
on a block wall quite some distance from camp. 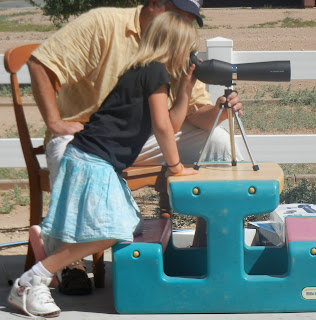 Each child had a turn to focus and scan the
wall in search of the fugitive using a scope.
Once they found and recognized the fugitive they
whispered the name into Papa's ear.
Mission Accomplished! 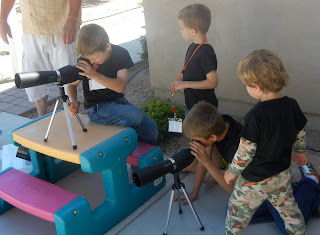 Some of our top recruits continued to scope out the
nearby mountains, trees, and rooftops!
The kids only had one complaint about this activity.
They wanted to use the scopes to find the other
three wanted fugitives too.
Papa and I just might have to surprise them with a
follow up activity one of these days!
Posted by Grandma Shelley at 8:21 AM